JETAABC is excited to invite high school students learning Japanese to participate in the Metro Vancouver Japan Bowl. The Japan Bowl® is a Japanese language and culture competition for high school students who are studying Japanese. The Japan-America Society of Washington DC organized and hosted the first Japan Bowl in 1992. The competition has since been expanding overseas and is now held in Poland, England, Italy, Mexico, Serbia, Bulgaria, France, etc. The inaugural Canadian Japan Bowl was held in Vancouver in 2018.

Teams comprise of 2 to 3 members. During the competition, questions are read out verbally in both English and Japanese. The top three teams from the Preliminary Round will proceed to the Championship Round.

Check out this video to get an overview of the Metro Vancouver Japan Bowl. 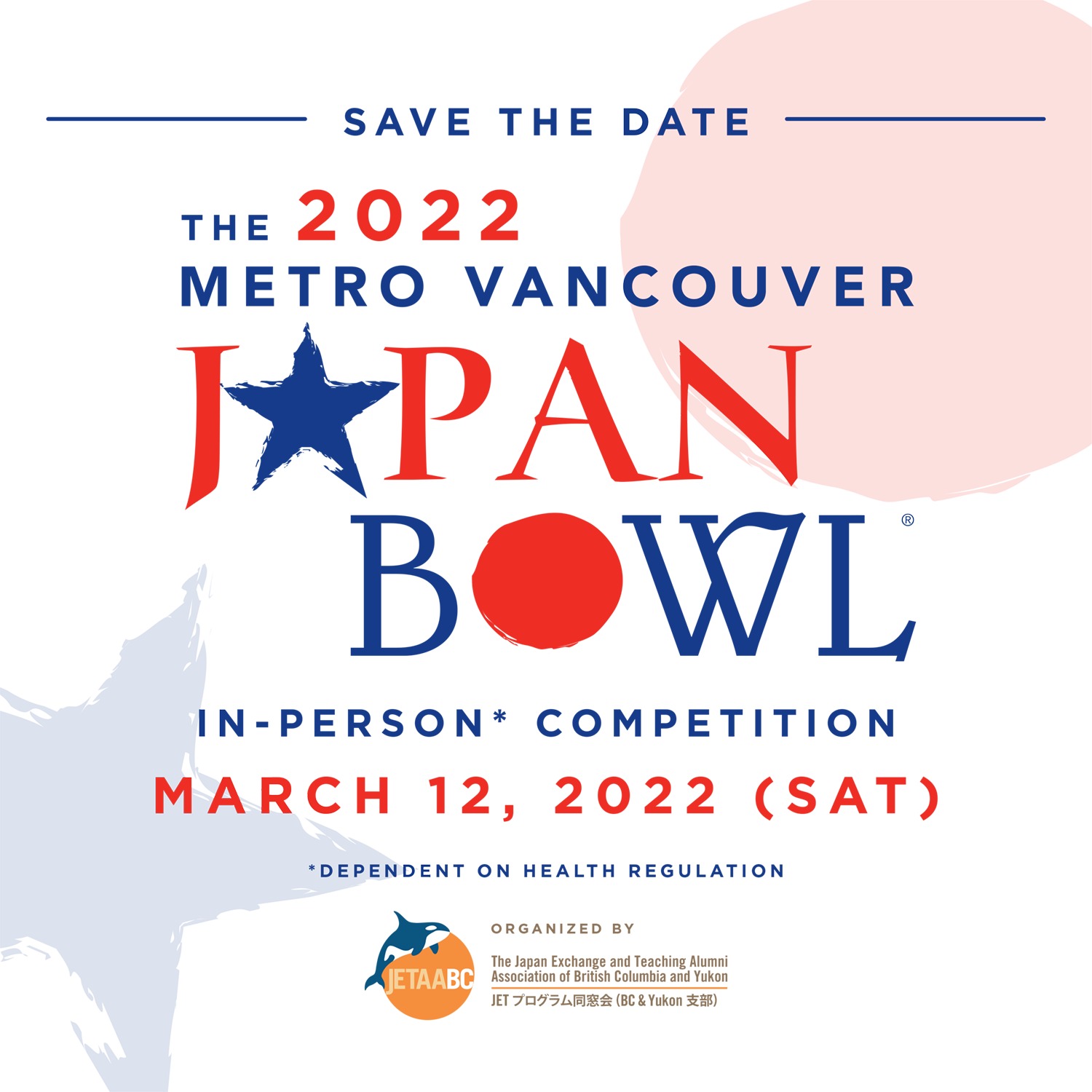 Team Applications are to be submitted by the teacher.

Canadian students who study Japanese at the high school level are eligible to compete at the Japan Bowl.

NOTE: Please note that images taken during the event may be used for reports, SNS, etc.

Would you like to contribute prizes or goody bag items?  As a sponsor/partner, your logo would be displayed at the event and in event publications. If you are interested to learn more about the different opportunities or have questions, please email metrovancouverjapanbowl [at] gmail.com.

In additional to the competition, the day’s programming includes performances by local artists as well as cultural or skill workshops that enrich student’s experience with different aspects of Japanese culture.  If you would like to learn more, please email metrovancouverjapanbowl [at] gmail.com.

If you have any questions about the Metro Vancouver Japan Bowl, contact JETAABC at metrovancouverjapanbowl [at] gmail.com.